We believe in creating design solutions that endeavour to make this world a better place for people, businesses and the environment. 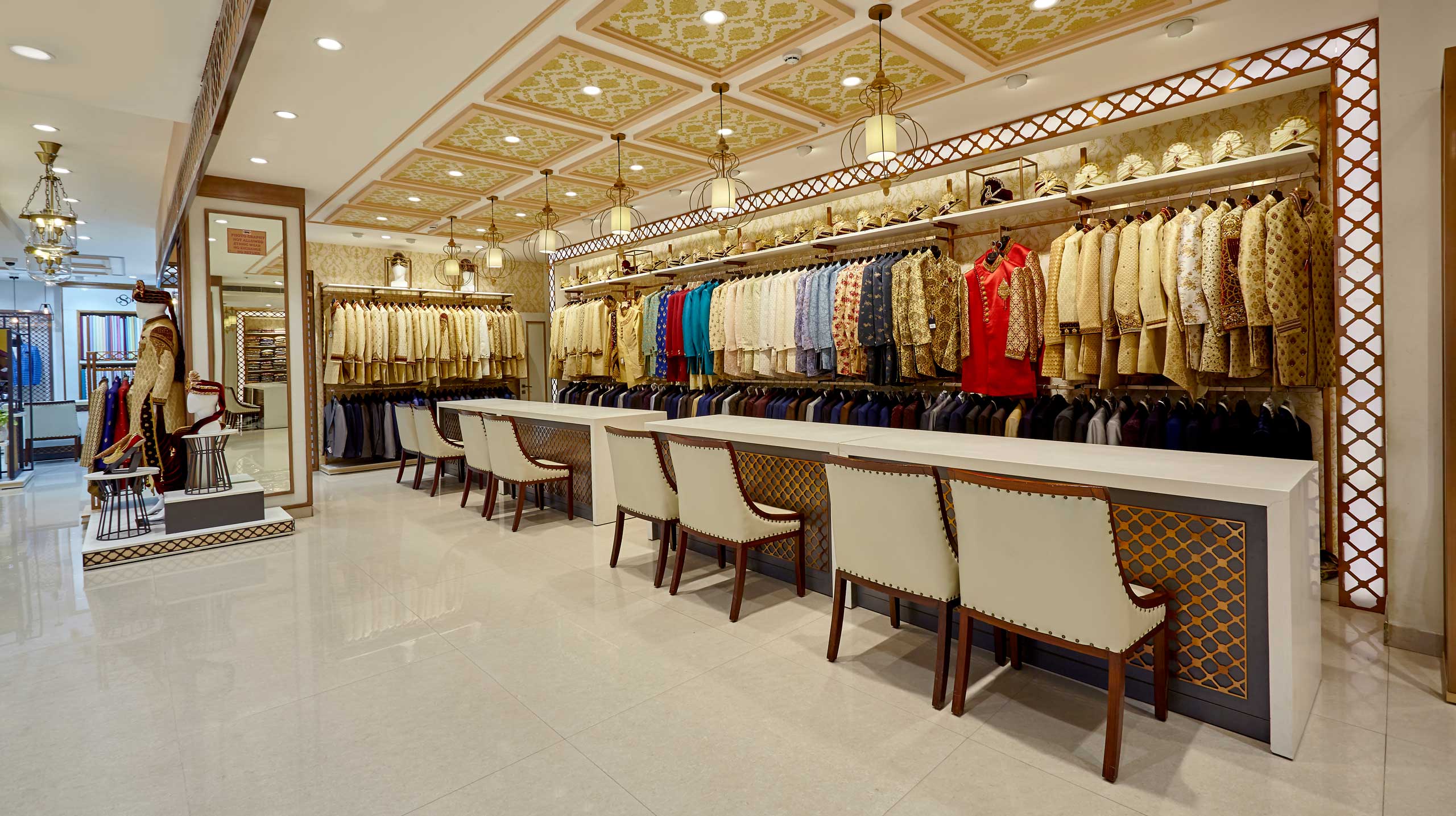 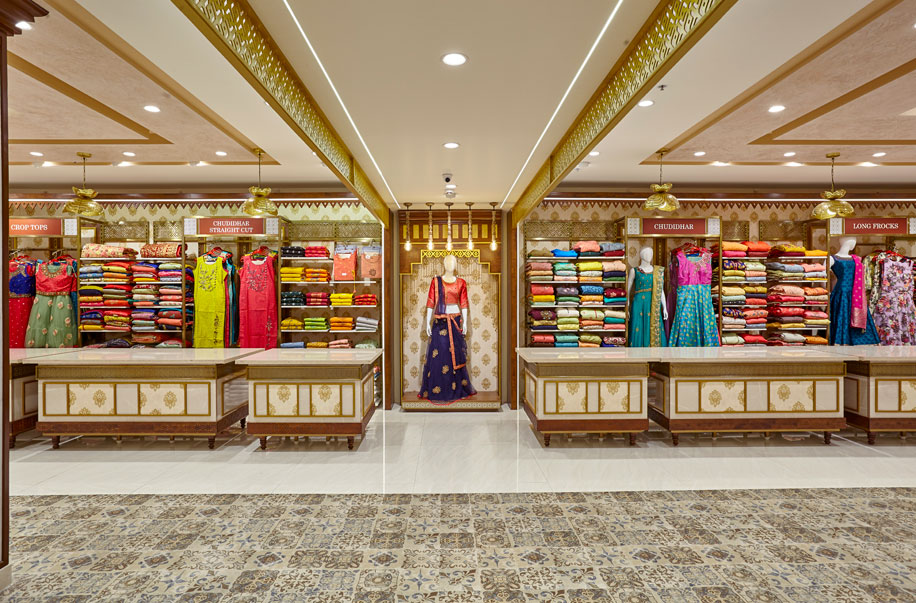 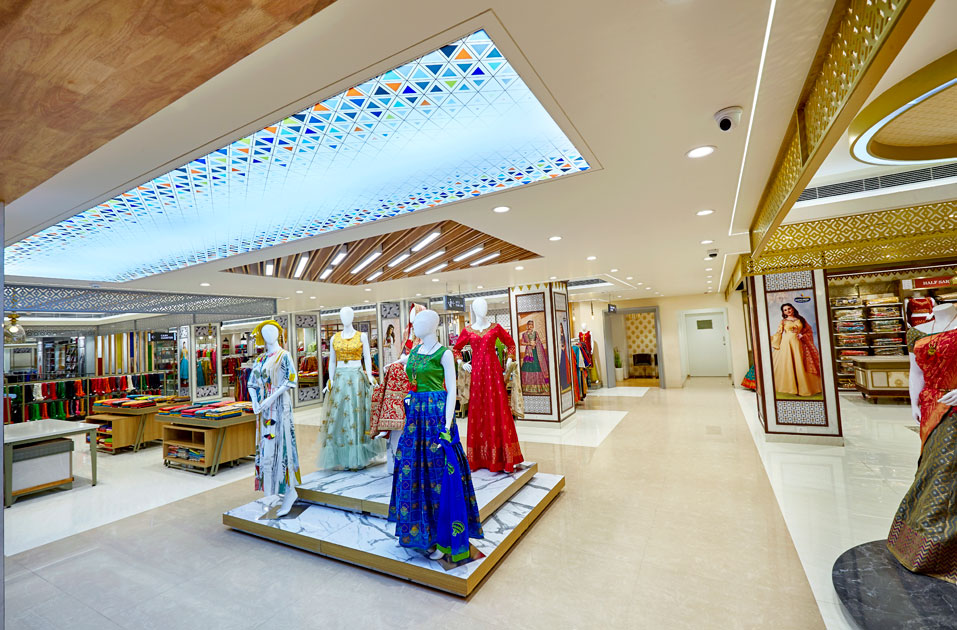 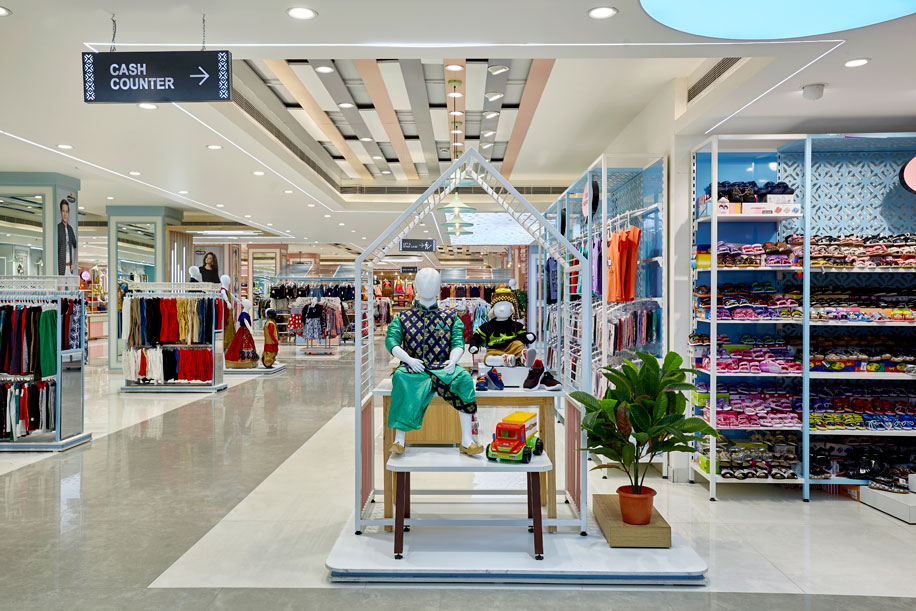 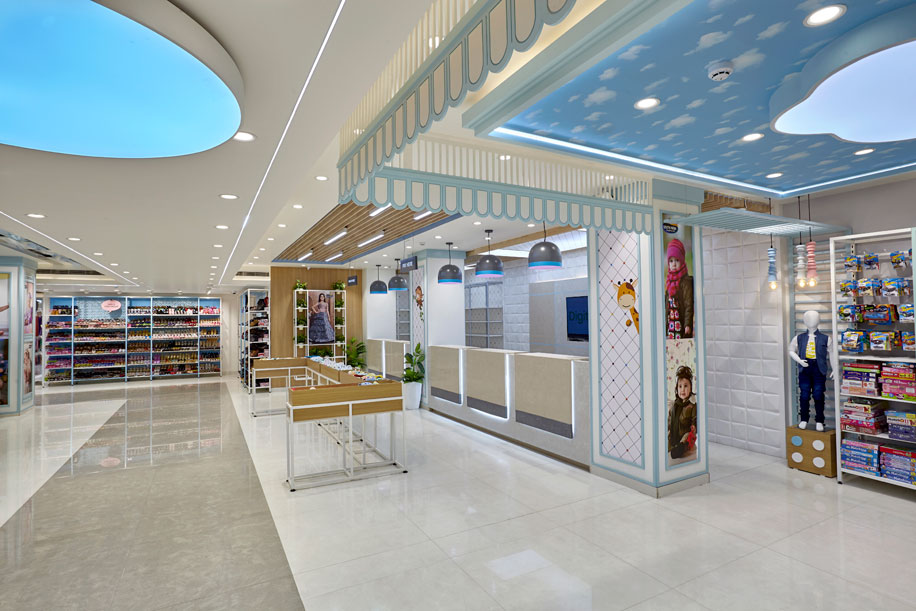 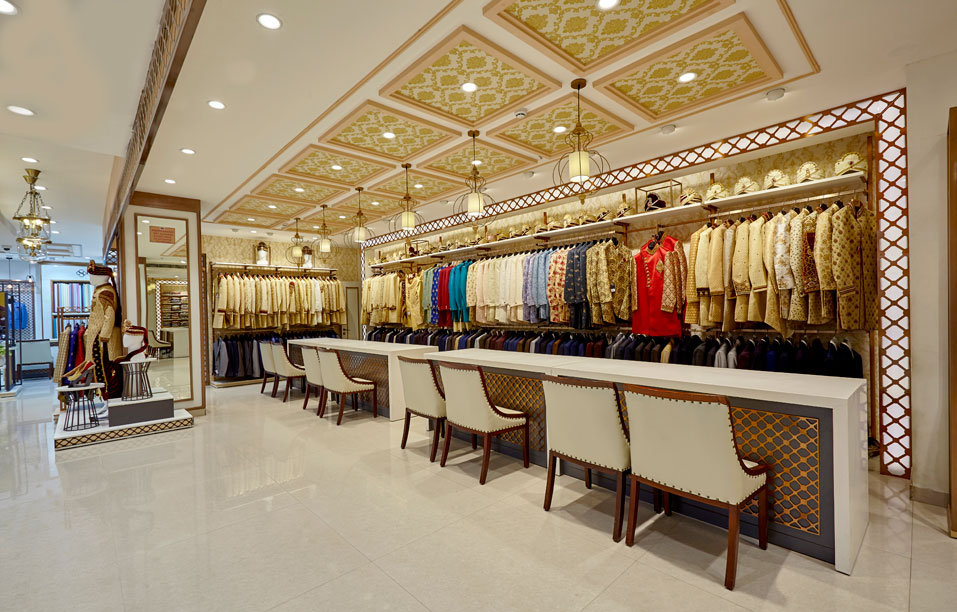 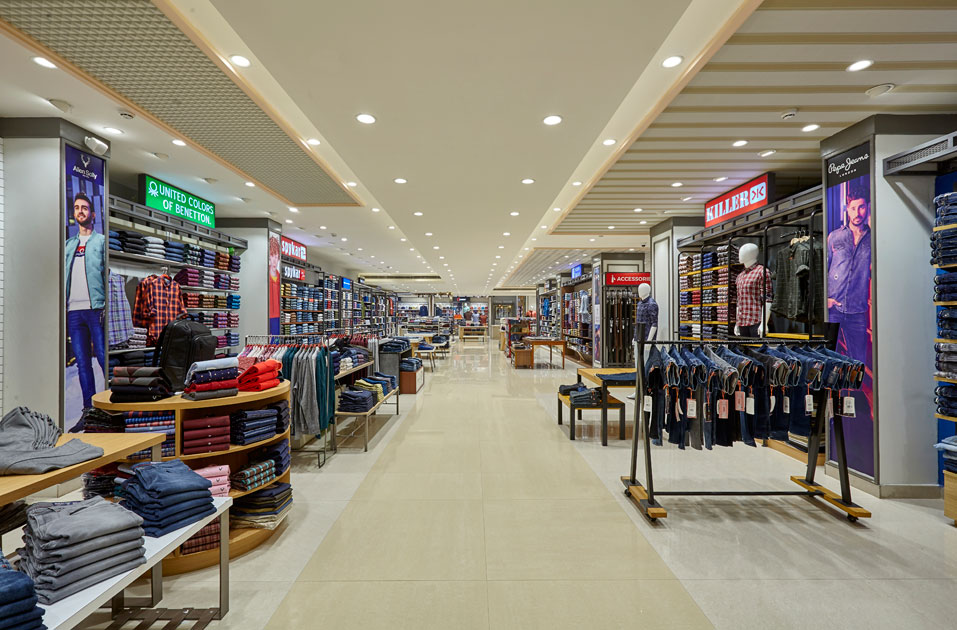 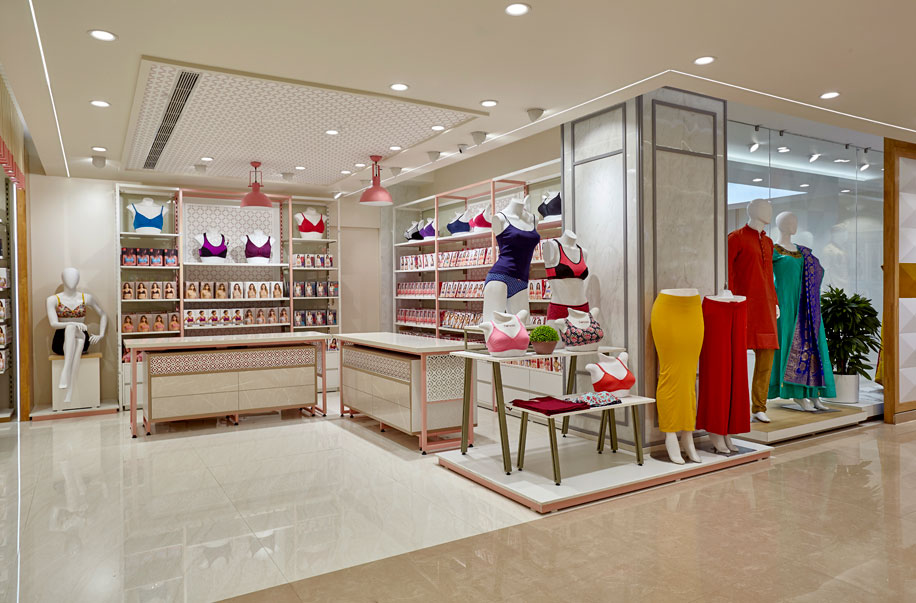 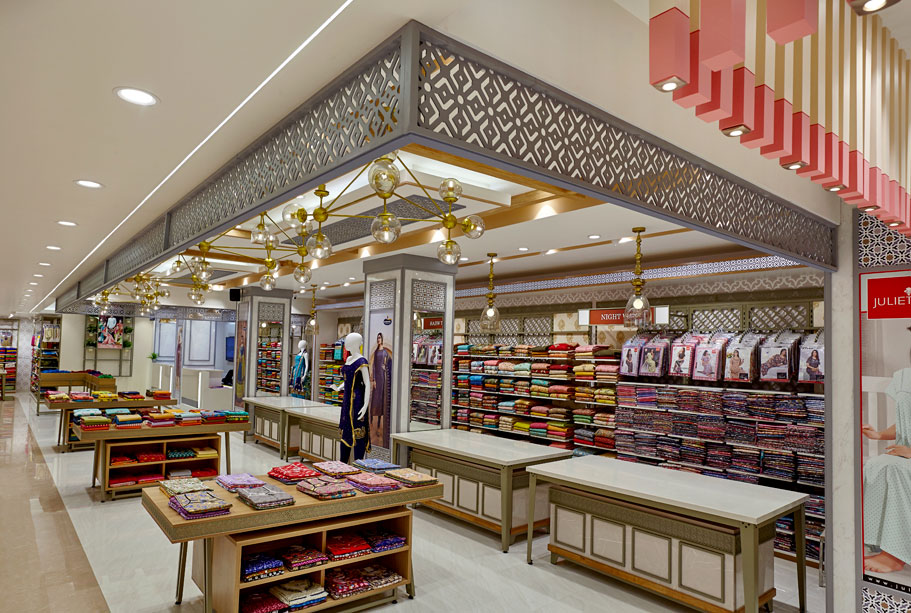 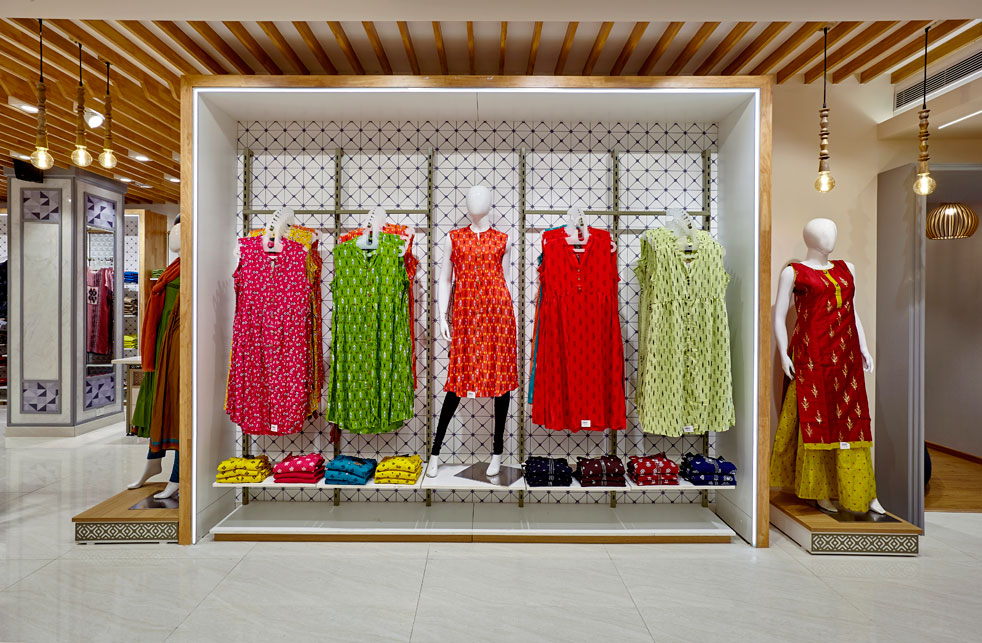 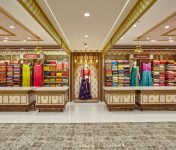 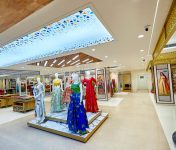 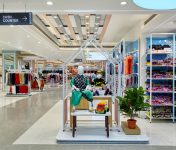 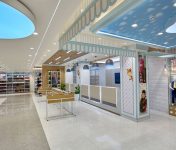 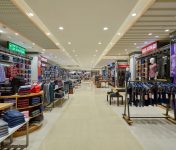 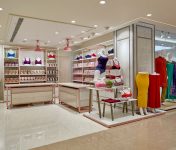 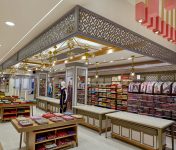 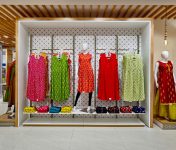 To reimagine the store concept to be relevant to the new generation and updated in its traditional positioning.

The design concept strategy is focused on presenting a store, differentiated from corporate department stores in architecture and design, that celebrates the traditional Indian values in the modern context of today. The design of the interiors is influenced quite significantly by traditional Indian design cues interpreted in modern forms. The design elements are used in forms like the ceiling, wall buildups and fixtures and in patterns in wall graphics, trellis partitions and fixture embellishments. The store front is composed of an installation of 3500 square feet of 6”x4” aluminum plates suspended individually backlit with an LED wall and a super-sized 25’ wide LED screen plays the brand’s marketing content.